David Almond’s Skellig is a book that many British adults will remember from their childhood. This acclaimed story about two polar opposite ten-year-olds who happen upon an angel is very hard not to fall in love with.

*CONTENT WARNING: Past the quote, this article will contain mentions of depression and suicidal ideation. Please do not read if you are particularly sensitive to such topics.*

*SPOILER ALERT: This article will also contain plot points directly from the book.*

When I first experienced Skellig, it was in a classroom. It’s not the most adventurous setting, but it works. Picture this, it’s September, it’s raining; a teacher, fresh out of university is reading a book to her very first class… Some of her kids are half heartedly paying attention, some are playing hangman, but there are a few listening intently and that is exactly why she got her PGCE. If you have been a bookworm since childhood, maybe you can relate. Before high school, other children might not yet have learnt to be cruel, but you already feel like you’re not like them. When the teacher reads you a story, you hang onto every single word because each one is a new building block contributing to a new world in your head. I re-read the book so many times in the library at lunchtime, and after hearing the tale, I was no longer afraid of dark spaces because I was always sure I would find Skellig there. This is what Skellig meant to me. Now, however, Skellig means something else.

The cover of Skellig the first time I read it.  Source: moniee.deviantart.com

The narrative of this article was pre-planned, it was supposed to follow the story of a young girl who loves reading, but there’s more… You see, I was ready to read Skellig and maybe pick out a few quotes and laugh at lines like “bollocks” and “those are tits” because I had read this book before, in fact I’d read it dozens of times. But I honestly never expected it to leave more of an impact on me now than it did over ten years ago. First of all, as soon as I opened it, I couldn’t remember it being so… straightforward. When we think of children’s literature we always assume it’s fluffy and nice, but because adults always seem to sugar-coat serious things, so books provide a space to be frank and open. Yes, there is a beauty in the way Roald Dahl presents the world to children, but even that has a sense of underlying truth about it that only comes with the genre. Long story short – don’t underestimate the power of children’s fiction.

The odd thing about reading a book you read as a child as an adult is that the world already exists somewhere inside your dusty old mind, and there is nothing quite like the imagination of a child. I’d never be able to conjure up such vivid images reading fantasy now as I did then, but Skellig helped unlock a part of my brain that I thought was long dead. I can still feel the wisps of Skellig’s feathers and I can feel the baby’s heartbeat alongside my own. I wasn’t just reading a book, I was reading my past self.

Of course, these were slight revelations, but it wasn’t the biggest epiphany I had while re-reading Skellig as an adult. That happened about halfway in. I can pinpoint the exact moment my internal organs collapsed. Dramatic? Yes. Justified? Also yes.

END_OF_DOCUMENT_TOKEN_TO_BE_REPLACED

Gothic texts make for interesting reads, whether it is traditional Gothic, neo-Gothic or anything in between. Here is a list of Gothic texts that every literature geek should read.

Firstly, a quick definition of the Gothic genre. Unfortunately, Gothic doesn’t really have a single definition. Put simply, the Gothic is about transgression, but what does that mean? The main element of a Gothic text is that it transcends social boundaries. It combines horror with romanticism to create an aesthetically pleasing sort of terror that combines nature and the unnatural in a sometimes fantastical way, such as monsters like vampires, and in other instances it is grounded in reality through realistic settings or characters.

Macbeth – Technically,  Shakespeare’s Macbeth predates the Gothic movement which is thought to have started in the mid to late 17th century, as Macbeth was written and performed in 1606. That being said, there is an astounding amount of elements associated with the Gothic genre that are interwoven in the narrative and symbolism. The witches of Macbeth provide a creature that only vaguely resembles the human form and is laced with demonic evil. This coupled with the personal plight of Macbeth and his “vaulting ambition” that spurs his inhumane actions, not to mention his wife who fuels his black desires make for a truly harrowing story. Regardless of the genre, everyone should read Macbeth.

Frankenstein – Arguably, Frankenstein marked the birth of the Gothic and is also seen as the first true science-fiction novel. (The initial first Gothic novel is The Castle of Otranto, but Frankenstein triggered a whole line of Gothic fiction, more so than the former). Mary Shelley completely revolutionised fiction in this way, such a dark story had not been seen before and it set the tone for the entire Gothic era in history. Although nowadays, Frankenstein is seen as a cheap backyard effect monster compared to the modern space age craze, the gruesome tale of Doctor Igor Frankenstein stitching body parts together is still the hallmark for all Gothic horror. 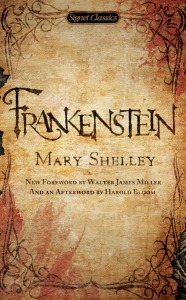 Dracula – Bram Stoker’s Dracula is timeless. Although Stoker did not invent the vampire as he was going off various myths and legends from across the world that predated his birth, he did define its modern form and characteristics. This novel depicts traditional vampires in all their glory, bringing together all the tales and folklore into one amazing package. Though the vampire has changed over the years, it is impossible to stray too far from the absolute basics, like the need to drink human blood which is completely horrific. On the other hand, the way it is written provokes a kind of perverse pleasure in the reader that is completely unparalleled.

Skellig – This one is children’s book and is slightly different to the preceding novels as it has been classified as Gothic by yours truly, so you could potentially disagree with me on this one. This was most likely the first Gothic novel I ever read and it made a lasting impression on me. The reason I call it Gothic, is because of the dark themes that lie under the narrative. It’s the darkest book I read as a child because it challenged my beliefs of the world that I had been exposed to through other children’s books. David Almond’s Skelling is a quintessential book to carry you through into “the real world” as it challenges naïveté but not so much to be scary to a child. 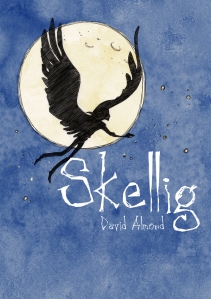 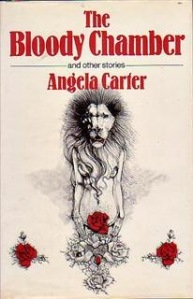 That concludes my top five Gothic novels, The Picture of Dorian Gray, The Wolf Gift and Wuthering Heights were omitted due to word count.

I hope you have enjoyed this list, let me know if you read them or if you think I missed something in the comments below or on my Facebook page!