We’ve all heard the phrase before, the idea that Hollywood films do well because at the end of the day, they do their market research and they learn what audiences want. But do they really have it down? Can all audiences ever be truly happy with mainstream media?

There is a growing trend of Hollywood films no longer being based upon original screenplays or even original ideas. Let’s take a look at three current popular films; Rogue One, Assassin’s Creed and Fantastic Beasts and Where to Find Them. Of these, the first is sequel (or a prequel… what do you call a film that is both a sequel and a prequel to existing films?!), the second is a film based on a video game, and the third is a spinoff of a multi-billion dollar franchise that encompasses pretty much every kind of media you can imagine. Why is that? Well, long story short, it’s because they’ve already proven to be successful and, most importantly, profitable.

The only popular film out at the minute that is an original idea is Passengers and it stars two of the biggest names in film right now; Jennifer Lawrence and Chris Pratt. No doubt, most of the buzz around this film is going to come from their combined built-in audience. So, what does Hollywood have against original films? Some bring in a lot of revenue, but Hollywood hardly ever takes chances. But what we really want to know is, does Hollywood do this because they truly know what we, the audience is going to want?

Let’s look at the example of the Star Wars films. An original concept, Star Wars is universally loved. Well, episodes 4-6 definitely are, less can be said for the prequels (let’s just put the Disney ones aside for a moment). There is quite a disconnect between the two trilogies, to put it mildly, and there is a reason for this. The first Star Wars films, although pioneered by George Lucas, had the most Hollywood influence. Before A New Hope, Lucas was unheard of, the studio wasn’t going to allow him his full creative license. But after the success of Star Wars, when the prequels were being planned, Lucas was allowed to exercise more of his right as a director. Of course, he’s nowhere near being a bad director, but let’s just say that Jar Jar Binks was cut from the first three episodes… 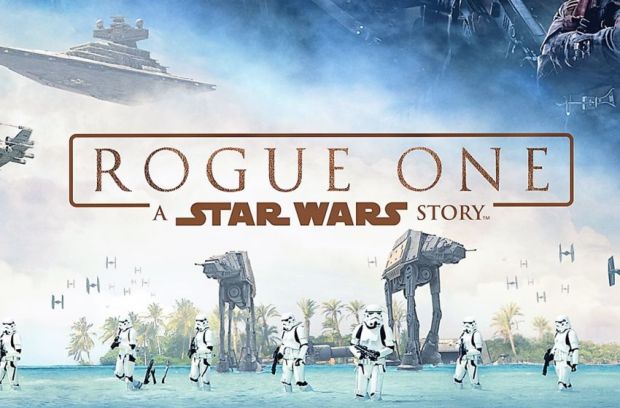 As we all know, Jar Jar is not the most acclaimed character. It was the studio’s decision to have him cut the first time around, so do they really know what we like to see on screen? The most recent Star Wars films, The Force Awakens and Rogue One, have done even better, Rogue One being one of the most commercially successful films of 2016, despite only being out for 16 days of the year.  Star Wars is now owned by Disney, a company that knows how to make money, they do what they do very well.

Another example of this is Inception. This film was very experimental, and would, arguably, have not been taken up by the studio if it wasn’t for the fact that Christopher Nolan had already established himself as an acclaimed Hollywood director. But many would argue that this isn’t necessarily a bad thing. Just because something is popular doesn’t mean that it takes away any of the cultural value, pop culture is of course, still a culture. Sure, it’s unlikely that Hollywood can keep everyone happy, but the numbers speak for themselves.

The problem here, is more about consumerism itself and the grip it has over modern arts and entertainment. Maybe there is issue with Hollywood being the main source of film, overshadowing independent productions and buying out competitions, but the rise of the internet and consumer-made media is helping to combat this. It’s clear however, that whatever is happening, as long as there are people who enjoy it, there will always be a place for it.

RIP, Carrie Fisher, thank you for being such an inspiration to many people, you will be truly missed. May the force be with you.